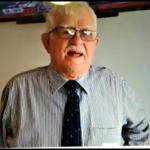 Any bowler who can take a hat-trick in both innings of a match or average 100 wickets a season for 14 seasons has to be right up there with the best.

Abdurahman “Lefty” Adams was one such bowler. His feats filled the sports pages of local newspapers after every weekend’s matches. And the story was almost always the same – his team was in trouble and they would call on “Lefty” to save the day.

Born in 1937, “Lefty” started his career in 1953 when he was called into the Roslyns team (he was the scorer) because they were a man short. The cricket trousers were so long, they had to be rolled up several times.

It was the beginning of a lengthy spell that saw him play for Eastern Province where he went to work and, of course, for Western Province.

At the age of 42, he was asked to come out of retirement to take over from the legendary Rushdie Majiet.

After retirement, he took over the management of the WP team and was a selector for three years.

Although “Lefty” is regarded as one of the icons he feels that there were others who were lost to the game because of apartheid and the Group Areas Act which uprooted players, officials and spectators.