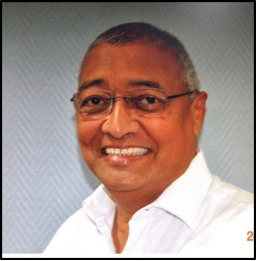 IT HELPS when your biggest inspiration in what turns out to be a sparkling career in athletics and football is your dad.

In the late 1960s, the 100 and 200m sprints in the WP Senior Schools Sports Union’s athletics meetings at the Green Point Track were dominated by a star-studded trio, of which two were from Alexander Sinton and one from Harold Cressy.

The Sintonites were Herman Gibbs and Ivan Masters. The Cressy athlete was a lanky speedster named Alex Abercrombie who, from age six, had shown all the attributes of a star-in-the-making. He didn’t let his backers down – and, in fact, after his playing days were over, he became one of South Africa’s top football administrators.

“My dad was a footballer and a cyclist in his day,” says Abercrombie. “Later, when he became an athletics administrator, he used to take me and my brother, Stephen, along with him to field and track meetings at the Dal Josaphat Stadium in Paarl, and the Green Point Track in Cape Town.

The nurturing of the budding star began early. “I was six years when I ran my first race at a meeting in Paarl,” he says. Many sprints followed – with more firsts achieved than minor placings. By the time Abercrombie reached high school he was regarded as THE runner to beat, a “banker” in betting parlance.

Like so many other sports-crazy youngsters of his time, he also proved to be a footballer of great ability.

Again it was old man Abercrombie who sparked his interest in the sport. “I started playing where most boys of my age started honing their skills – in the streets where I lived, and at school.”

But there was something else, he points out: “My father, who was a physiotherapist, worked with the players of Cape Ramblers, and I attended all their home games at the Track.”

Abercrombie did not make it into the pro ranks as a footballer – and because of apartheid, there was to be no opportunity for him to participate in the Olympics. But as the years passed, he began to display an affinity for sports administration.

It started early. “As a young lawyer playing football (for St Raphaels), it was difficult not to make myself available to serve on the executive. I felt I could not sit back and criticise others about the way they dealt with meetings and disciplinary hearings without stepping in to assist. I felt it was my duty to help the members of the football community who at that time were short of people with the type of skills I had. This led to my nomination to serve at higher levels (Cape FA at Turfhall, WP Football Board and the SA Soccer Federation) until I ended up on the SAFA executive committee.

“The Federation was a member of Sacos of which I was a strong supporter. However, after meeting with the ANC in exile in Lusaka in 1987, I was inspired to work towards the unification of sport in South Africa and became a founder member of the National Sports Congress (NSC).”