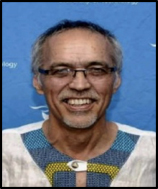 ANTHONY STAAK AND THE GOLDEN YEARS OF NON-RACIAL SQUASH

In the 1980s, squash became one of the fastest growing sports in South Africa. But there was a snag: it was in the era of apartheid sport – and there were no facilities to feed the appetite of those who believed in the ethos of non-racialism.

It was then that a sports enthusiast name Anthony Staak, and a group of friends decided to roll up their sleeves and to do something about the situation.

Better known as a champion athlete for South Peninsula High School, where his prowess in the 800m and shotput was rewarded with provincial colours at senior schools sports level, Staak had also played rugby at schools level and for the City and Suburban-based Philmanians club for a season.

His introduction to squash came from another direction. “I started playing socially while studying abroad,” he says, “and like so many others, I became hooked.”

But when he returned to South Africa, he found there were no squash facilities for enthusiasts who believed in the message of “no normal sport in an abnormal society”.

“There was a need for squash to be offered to those who wanted to play under the SACOS banner,” he says. But there was a matter – a not insignificant one – that needed first to be resolved. There were no clubs and, even more seriously, no venues. Fortunately, there was also no panic – and no thought of throwing in the towel.

Staak and others got the ball rolling by starting the first non-racial club – Trojans – in about 1981. “Very soon, the Western Squash Racquets Federation came into being. It was a time of great energy, initially in the Western Cape, and later in other parts of the country, with a number of clubs and associations being formed. In Cape Town, nine clubs began competing with each other at courts in Wynberg, Athlone, Elsies River and Retreat, under the Federation banner

Staak was elected the first president of the Federation, a position he served in for 10 years.

“We received good support from local business with regard to the building of courts, and we also received permission from the Western Province Council on Sport to use the squash facilities at the Peninsula Technikon and UWC,” Staak says.

“We took it very seriously”, he adds. “We established the sport from the ground up, which meant we had to learn the rules, train umpires and maintain discipline.

“It was a hectic time, and besides being president of the provincial federation, I also played for Trojans and Western Province B.”

The game, meanwhile, was also growing in other parts of the country, and when Natal established its own provincial body, it came together with its Western Province counterparts to establish the South African Squash Racquets Federation, with Staak as its vice-president.

In the second half of the 1980s, problems between SACOS and the ANC sports wing, the NSC, eventually led to the demise of the national federation.

It was at this point that Staak withdrew from administration of the game – and decided to concentrate instead on marathon running.