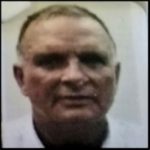 Anton Lategan’s love of sport went hand in glove with his firm stand on non-racialism and basic human rights.

Whenever he has an opportunity to express a view, he uses the occasion to influence and raise the consciousness of the sportspeople, and whoever else will listen, on the principled stand that his life embraced.

Anton was and is a progressive force in the struggle to normalise society. He was a contributor on the rugby fields where he donned the jersey of Kuils River RFC and represented the area at union level.

Anton was part of the SACOS group, which included progressive stalwarts such as Abe Fortuin, Ivan Williams and Harry Hendrickse, to oppose the 2004 Cape Town Olympic bid.

As a founder member of Kuils River RFC and the Kuils River Civic Association, he was instrumental in the establishment of the table tennis and netball clubs in the area. This, they felt, was their contribution in fighting 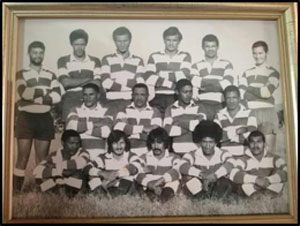 gangsterism – club members had to submit rugby players to the discipline of the Kuils River clubs.

Anton is a regular contributor to the highly respected Education Journal, once the mouthpiece of the Teachers League of South Africa which was a strident opponent of apartheid and collaboration. He wrote articles on education, sport, health, housing, welfare, politics and economics.