Aslam Toefy on the rampage was on awesome sight 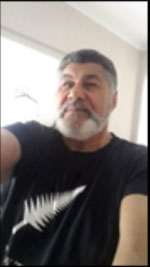 There was no more frightening sight on a rugby field in the ’70s than Aslam Toefy charging at the defence with ball in hand. At six-foot plus and weighing north of 120kg, it was a daunting task stopping this all-muscle mean machine.

With a nickname like “Tarzan”, what else could defenders expect.  Aslam wasn’t born into rugby. At the age of 21 he had no idea of the game. He was a seaman with Safmarine.  On a two-week break from the sea, he was taken to see his brother, Nazeem, play at Green Point. He “hadn’t a clue” what he was looking at but he loved the fisticuffs and the hard tackling.

He never went back to sea. He joined Kalk Bay Marines in 1974 and, playing as a lock or No 8, he was coached to be the enforcer.

The next season he was chosen for WP to replace the great Salie Fredericks who retired and he made the No 5 jersey his own for 10 years.

Aslam played with and against some of the greats of the SACOS-era rugby . . .

Aslam is still an enforcer.  These days he devotes himself to ridding communities of the scourge of drug dealers. 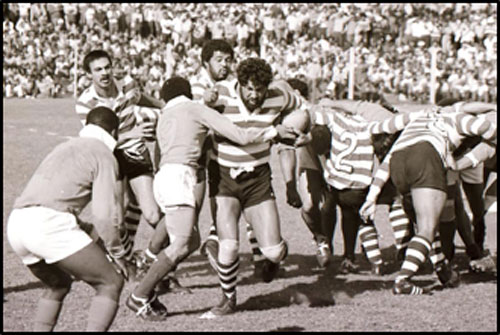