In the pantheon of sporting legends in Cape Town and South Africa, Basil “Puzzy” Jansen was and is a superstar. The 81-year-old has been involved in the game for more than 70 years, first as a player 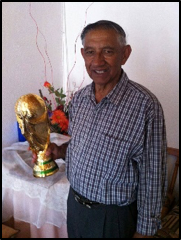 , then as a coach and an administrator.

His list of achievements and accolades as a player would fill a book – from scoring 22 goals in a match to scoring multiple hat-tricks in consecutive games. The feared boot of the quintessential goal-poaching centre-forward even broke goalkeepers’ fingers and knocked players out cold when they tried to head away a Puzzy screamer bound for the goal.

As a player, he is probably best known for his stint in the early Sixties with Cape Ramblers, the first professional club on the Cape Flats. The club drew 30,000-plus and Puzzy was invariably the star of the show.

But there was a lot more to the man than the magic of his feet.  He was a principled individual who stood his ground when somebody was wronged.

When a Muslim friend was denied acceptance under the ugly “undesirables” clause of the union, Puzzy, along with other players at Ridgeville, forfeited their matches and copped heavy fines until the rule was scrapped. 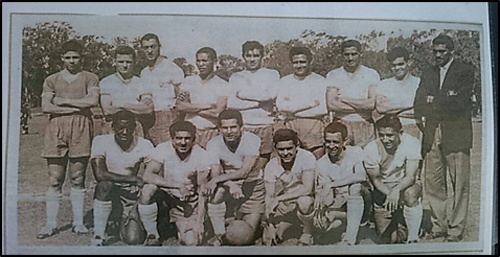