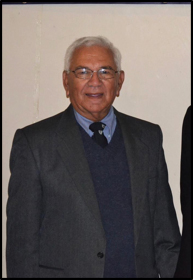 YOU don’t have to be an international or a provincial player to become a rugby hero. In parts of South Africa, there are players and administrators who will always be remembered and acknowledged for helping to keep the game alive during the worst years of apartheid – and, strangely enough, afterwards.

One such person is Cecil Lategan, a longtime Crawford resident and a six-decade stalwart of the City Park-based Perseverance Rugby Club.

Earlier this year, Persies celebrated its 130th anniversary and Lategan, a member for 61 years, was encouraged to catch his breath for just a moment to consider the good and the hard times of a lifetime in the service of the oval-ball game.

In some ways, the story of Persies’ journey in local rugby echoes the lyrics of the Tremeloes’ 1967 hit song, Even the Bad Times are Good.

If turning bad into good is an ideal of a community rugby club, then Persies has done very well.

“When the Group Areas Act saw people being shunted to the Cape Flats, our numbers dwindled,” Lategan says. “But the club has always had the ability and the attitude to square up to its crises, and to seek ways to turn its misfortunes around.

“Club stalwarts such as Patrick “Boots” Wyngaard began eyeing other areas to rekindle growth. Boots and a few others looked to Hanover Park to boost our junior membership, starting teams in the under-35kg, 55kg and 75kg divisions.”

But Hanover Park is a poor area and economic problems weighed heavily on attempts to expand the junior divisions. “The growth of gangsterism also became a problem, resulting in numbers dropping yet again”, Lategan says. “It was then that former players such as Trevor Mitchell and Llewellyn Hardenberg said, ‘we’ve had our glory days with the club. It’s time to give back.”

“Thanks to their efforts, Perseverance has survived. But some intervention was necessary. With our membership and other clubs dropping to two or three teams, the WP Rugby Union started a special section for clubs such as ours, enabling us to put the emphasis on social rugby.”

Lategan’s stint in administration began in the early 1960s, when he became assistant secretary of the club. “The prevalent attitude was, ‘you can write a bit, so you can help with the secretarial duties”. I worked with Cyril Roebeck, one of the great rugby secretaries of that time. After serving as secretary for 15 years, I took over as chairman in 1978, serving in this capacity for about 20 years, before becoming president. I am now a trustee of the club.”

As a young administrator, Lategan says he was inspired by great officials such as Benny Groepes, JB Page, AB Appel, at City and Suburban, and Dullah Abbas at Saru. “Later, officials such as Patty Kuhn and Herman Abrahams picked up the baton and followed the example set by their predecessors.”