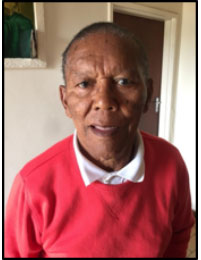 The Stuurman family, of Maitland, was a production line of fantastic footballers.  Coenie, Fanie and Goerie, as Norway Parks players, were household names in the Cape in the ’60s.

It was Coenie, however, who really took it to another level.  At the age of 13 he was already playing in the under-18 team. At 18 he was in Norways’ first team and soon was called up to represent WPFA at union level.

In 1960, Coenie’s exceptional talent was recognised when he was signed for Cape Ramblers, the first professional club on the Cape Flats. He was 29 years old then.

He won countless trophies with Norway Parks and with Ramblers and he won the knockout trophy, setting up the winning goal in an epic final at Green Point Track.

There will always be a debate about who was the most talented and entertaining Stuurman.  All three could make defenders look stupid. But Coenie had that “something else”.

Legend goes that way back in the distant past Coenie had already perfected the “overhead bicycle kick” and parents were complaining that their children were breaking beds trying out the Coenie kick!

After Ramblers folded, he joined Glenville and finished his career back at Norway Parks.

The 87-year-old still takes a keen interest in the game today.