The David Samaai story is the making of a true legend 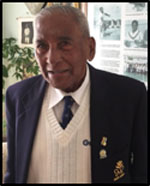 It is how a young David started and practised the game with his six brothers in their Paarl home backyard that bears retelling.

They fashioned a net from the string bags in which oranges were sold and their racquets were made of wood.

From little things big things grow. Young David went on to become a very good player, won the “coloured” championships for 21 years straight and then hit the brick wall of apartheid.

In 1946, the community raised enough money to send him overseas, enabling him to compete at Wimbledon and in the Swiss, French and German Opens. 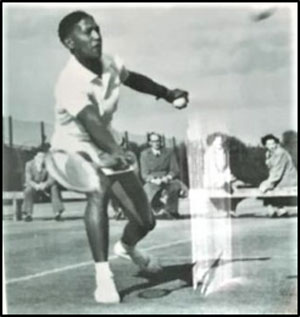 David had opportunities to stay abroad but he came home because he wanted to impart the knowledge and expertise he had gained overseas on to the younger generation.

Today, at the age of 91, he is still a Paarl resident and still takes an active interest in the game. His achievements have been acknowledged with the Presidential Sport Award for life-time achievements in tennis and he captained South Africa at the International Veterans Championships.