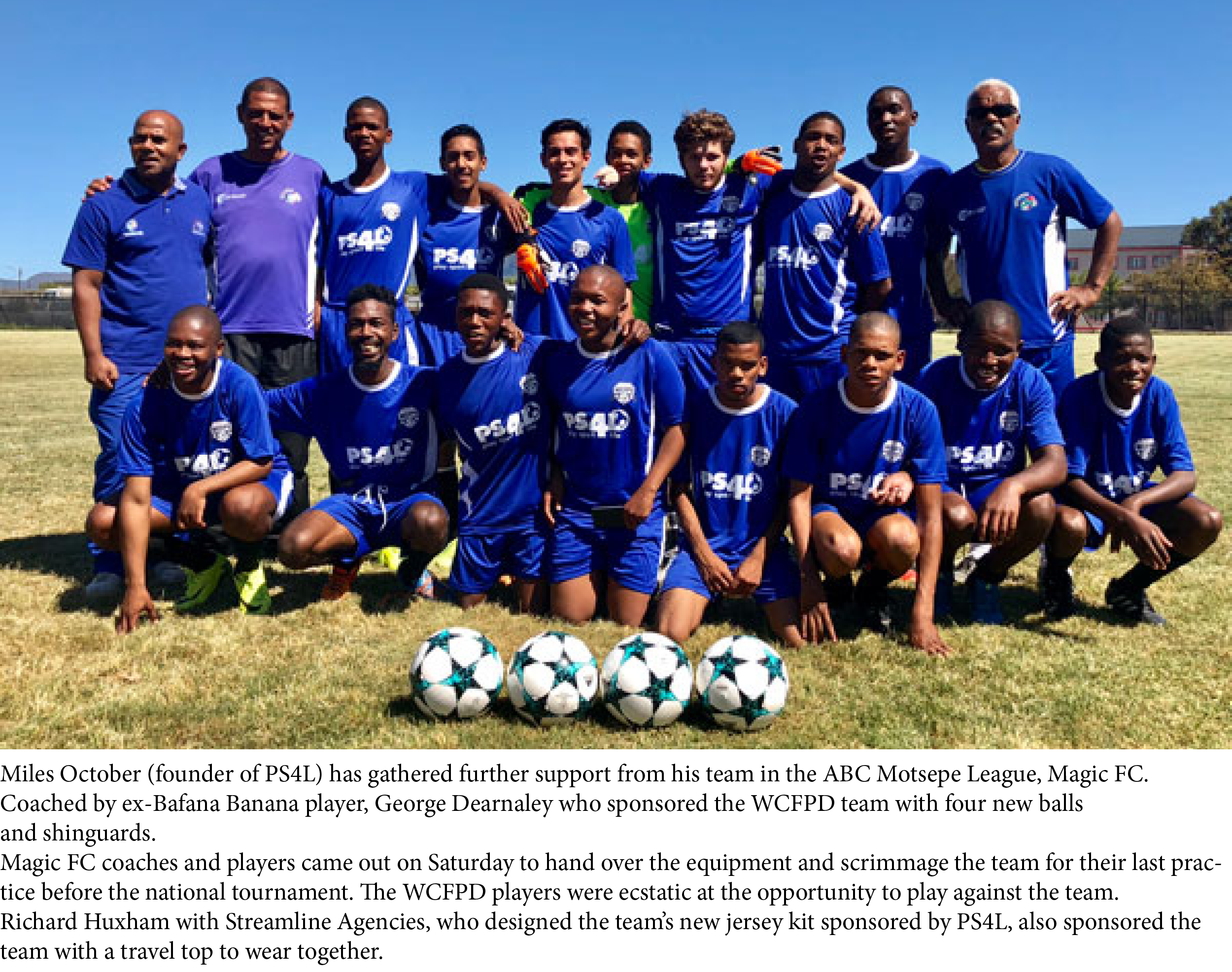 Cape Town’s disabled soccer team, through incredible public generosity, has reached its R50,000 fund-raising target and will travel to Bloemfontein to compete in the National Disabled Games over the Easter weekend.

The excitement of the 13 players, most of whom have a physical disability and cerebral palsy, and their coach Kevin Valentine, was palpable when the team was told at training this week that their dream of going to the Games has been realised.

“This is fabulous news,” Valentine said in between tears of joy. “You will never fully understand what this means for these boys who have endured so much hardship throughout their lives.”

Not-for-profit community organisation Play Sport4Life played a significant role in getting the team to Bloemfontein. Apart from providing the players with their playing uniforms, PS4L also set up the crowd-funding page on the Internet site, Back-A-Buddy, to raise the R50,000 required to cover the costs of the trip.

The head of Play Sport4Life, Miles October, said his organisation felt compelled to step in when they heard of the team’s plight.

“We are very active in the community in promoting sport as a healthy lifestyle choice,” October said. “Being involved in this exercise shows we recognise the disabled sportsperson is part of the community and deserve our help just like any disadvantaged sportsperson.”

“The aspect of the fund-raising that I found most pleasing was the fact that the donors came from far and wide – Australia, Canada, the Netherlands as well as many in Cape Town. It is comforting to know that people are so generous for a worthy cause.”

There was further support from ABC Motsepe League team, Magic FC coached by ex-Bafana Banana player, George Dearnaley. They gave the team four new balls, shinguards as well as made a R5000 donation to the cause.  Magic FC presented it to the players at training and then thrilled them by short game against them.

Richard Huxham, of Streamline Agencies, designed the team’s new jersey kit sponsored by PS4L, and also sponsored the team with a travel top to wear together.

For coach Valentine, the R50,000 raised is like manna from heaven for a man whose whole life has been caught up with the team ever since he was put in charge 5 years ago.

“I can’t tell you how relieved I am,” he said. “I wouldn’t have had the heart to tell them they couldn’t go because we did not have money.

“Now we can pay for travel, accommodation, food and still have a bit of spending money left over for the players.”

October said Valentine’s contribution to the team could not be overstated.

“He is the heart and soul of this team. For year’s he has been digging into his own pocket to help the players with boots and playing strip and even providing food.”

Although the team has reached its target, the community is still urged to contribute via Back-A-Buddy and the surplus funds will be channeled to other needy disabled athletes travelling to Bloemfontein.