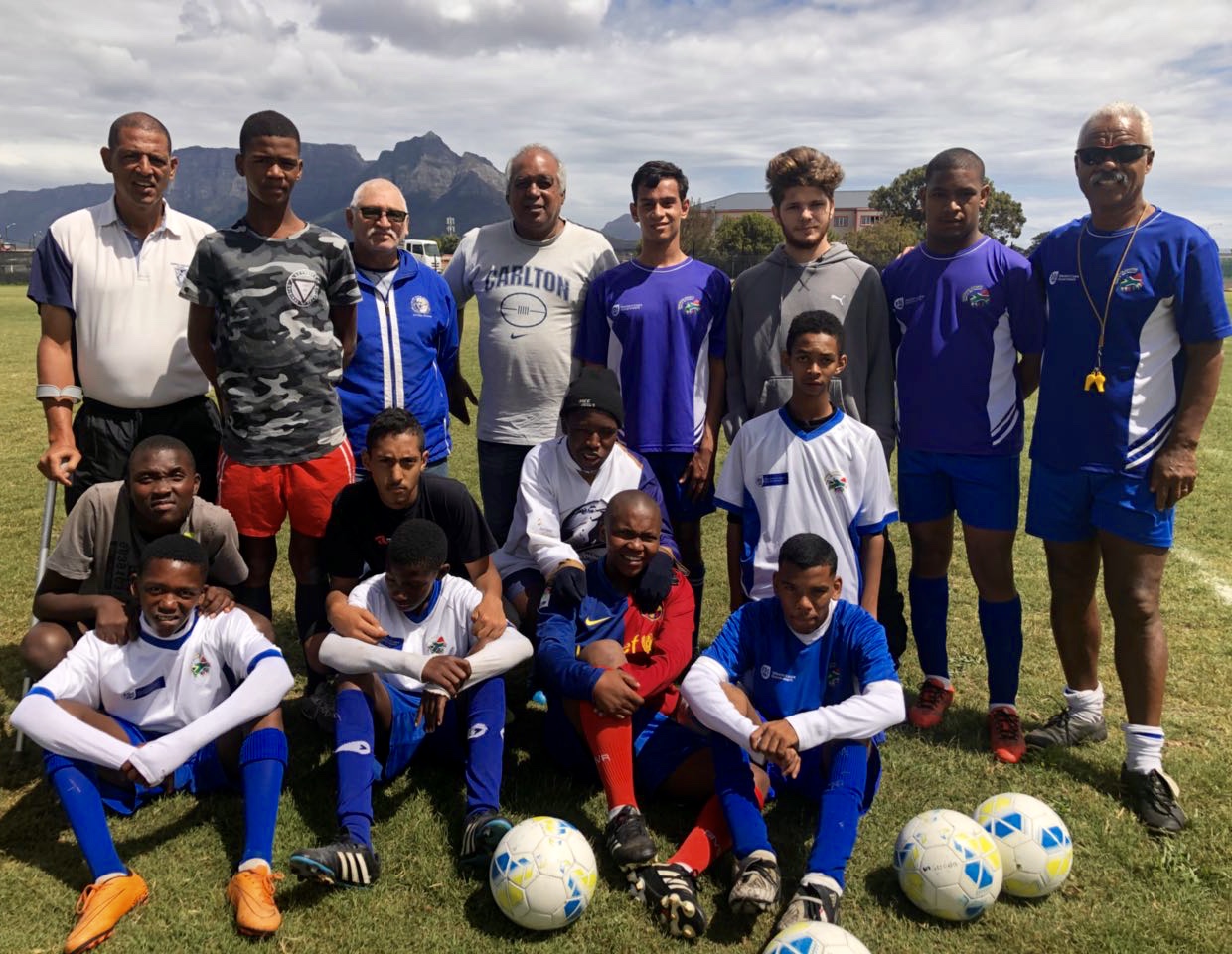 If they can raise funds

The 12 players in the Western Province disabled football team are over the moon at being selected to play in the Physically Disabled National Games later this month – but it could all end in tears if they can’t raise the funds to get them to Bloemfontein at Easter.

The team, ranging in age from 13 to 22 years and drawn from all parts of the Peninsula including Khayelitsha, Mitchells Plain and Brackenfell, is made up of players diagnosed with specific physical disabilities.

“Cerebral palsy is a developmental disability that affects movement, posture and coordination.  However, that doesn’t inhibit this team from playing and their love of soccer,” Valentine said.

“I have been involved with these youngsters since their school days. This tournament would mean so much to them . . . to see their excitement on their faces, traveling by bus, to mingle with the players of other provinces, to see the field.”

But it could all come to nought if the team can’t raise the funds to make the trip to Bloemfontein/Durban.

Not-for profit community organisation Play Sport4Life has stepped into the breach to help them get there by providing them with a playing kit and equipment.

The head of Play Sport4 Life, Miles October, said his organisation was happy to help the team but stressed that more needed to be done to ensure they got to the Games for an experience “that would live with them forever”.

“We at Play Sport4Life are thrilled to be able to help the team. We regard them in the same way we regard able-bodied sportspeople who commit to a healthy, active lifestyle,” October said.

“That is part of the commitment and objective of our organisation.”

“There are discussions going on about setting up a crowdfunding page on Facebook, and any extra funds would come in handy because overall costs involve fares, accommodation, food, and a bit of spending money.

“I just hope everything can be sorted out in a hurry because the Games are in four weeks.”

Coach Kevin Valentine is a past football player of the old South African Federation Football League through the 70s and 80s with Glenville FC, Maritzburg United and Santos.  This is his fifth year as the head coach. Assistant coach Gavin Alexander has been with him for three years.

Caption of picture attached.  Coach Kevin Valentine (far right) and assistant coach Gavin Alexander, with the Western Cape disabled soccer team that will represent the province at the National Disable Games in Bloemfontein at Easter if they can raise funds for the trip.