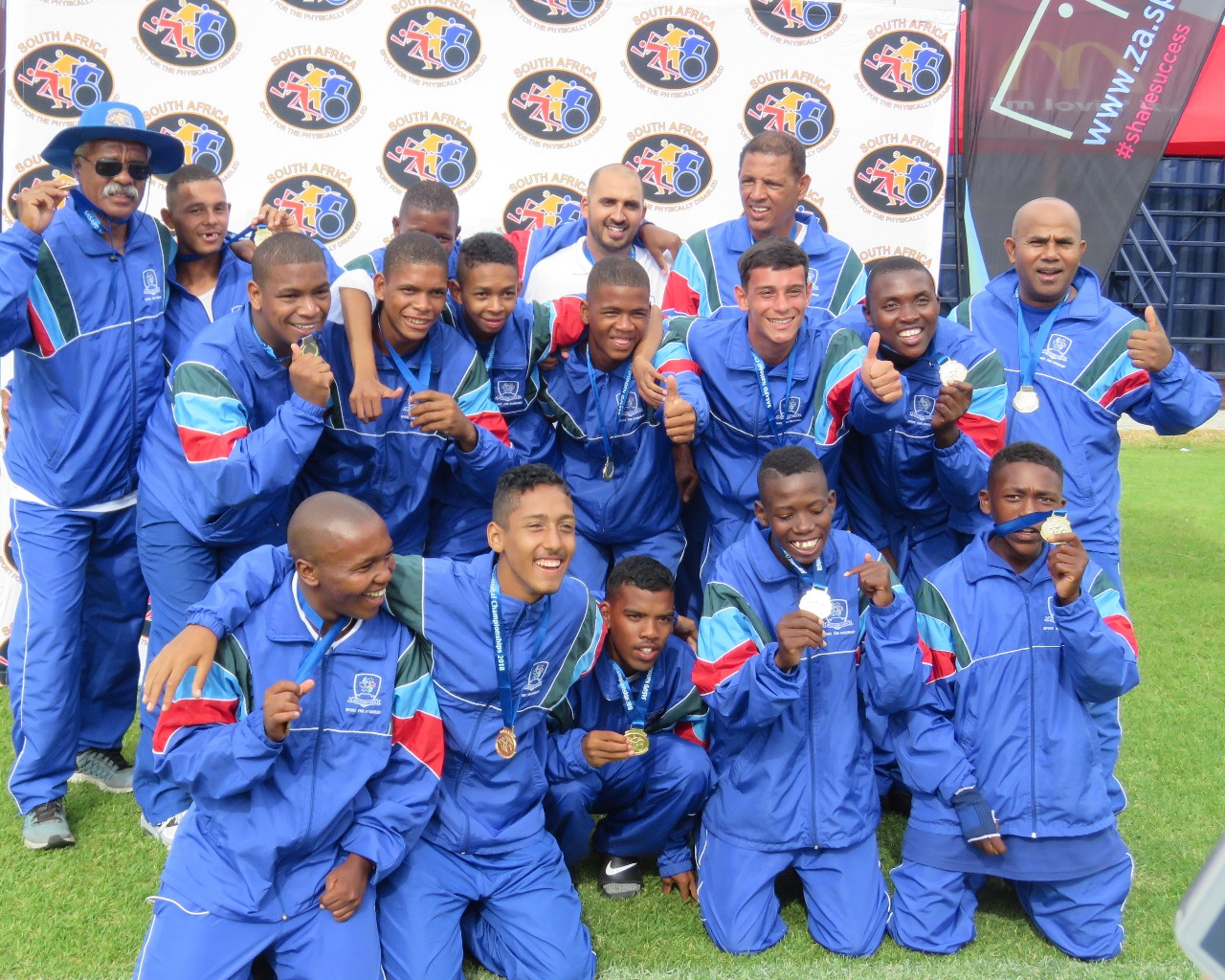 The Western Province Disabled Football team that made it to the Disabled Games in Bloemfontein over Easter thanks to the generosity of public donations has repaid their supporters in spades – it has won the gold medal.
Not only did they win gold, they went through unbeaten and now they have had seven of their squad selected in the South African team to play in the world championship in Spain in August.

“This is fantastic news for the boys, and well deserved,” the head of not-for-profit community organisation Play Sport4Life, Miles October, said.

PS4L was instrumental in helping the team raise the R50,000 at short notice to pay for their trip to Bloemfontein. They set up a crowd-funding page and received money from as far afield as Australia and Canada.

“It was a tremendous effort all-round and PS4L appreciated the contributions from everybody. These boys do not have the resources, financial or otherwise, to realise their dreams.  We are thrilled for them.”

The team’s coach, Kevin Valentine, could not praise his team enough after they had won four games in three days and went on to beat Gauteng 3-0 in the final.

“As a coach, I couldn’t complain; normally by the third day there’s nothing left in the tank, but we stood firm,” Valentine said.

“I must admit, I didn’t really care if we won a medal. We set the standards really high. I only hope we can repeat that next year.

“This team means everything to me. I’ve been with them since they were little boys, and to take them to a higher senior level – and succeed – is priceless.

“There’s still so much I have to learn in coaching players with disabilities at different categories, you cannot just play your best. You must balance the team according to the amount of categories [disabled] allowed.”

Among the  players, no-one was more  thrilled than 20-year-old Eros matric student,  Sango Ntsabo, from Khayelitsha.

“It was so much fun on the bus, showing up and playing, and in the end winning the gold. I was really happy. It was my first time as part of a provincial team” Ntsabo said

“We were the smallest team. No one believed we would and we did. I want to be even more ready for when we host the provinces next year.

“It is something that I will remember for the rest of my life.”

Miles October said there was an expectation that the team would receive funding for the trip to Spain from the provincial and national governments.

“I’m hoping that that would be the case,” October said.  “It would be a huge disappointment for the seven chosen for the SA team if they were to have to go through the same uncertainty of not having money to make the trip of a lifetime.

“Play Sport4Life, will, as always, help where we can. It is part of our commitment to community upliftment and a healthy sporting lifestyle.