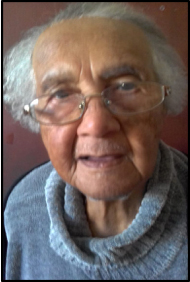 JOYCE JONATHAN – A STALWART OF HOCKEY

THOSE whose paths have crossed that of Joyce Jonathan’s use words such as ‘determined’ , ‘dedicated’ and ‘highly principled’ to describe her.

But there’s another apt description for her services to women’s hockey – especially during the dark years of apartheid, when those wanting to play sport with dignity were always under threat: ‘hardworking’.

Some would say – and she would probably agree – that hockey and Jonathan were made for each other: she’s had a lifelong love for the game.

And yet, it was only at the age of 26 that she joined her first club – Wynberg Swifts.

Her rise to the highest levels of the game required hard work. After many club matches, she made her big breakthrough, selection to the Western Province side.  These were the days when provinces were, in fact, regions (mainly to keep costs down).

‘I made my provincial debut against Stellenbosch,’ she says. It was a ‘breakthrough’ game for her, and she says: ‘I’ll never forget the game. It was a memorable and special occasion.’

‘When I started playing, most of our matches were on fields in Mowbray, Athlone and in Cape Town.

‘Later, as Mitchells Plain and surrounding areas were developed, we also played there,’ she says.

A lot of effort was put into ‘taking the game to the people’, and a standout moment for Jonathan in a code that has always had to labour under the notion that it was a ‘Cinderella’ sport was a tournament against a representative side from Kimberley

‘We were the hosts, and all the matches were played at Athlone Stadium. I was thrilled to be a member of the team – and I thoroughly enjoyed the experience,’ she says

Her best moment of all though was being selected to be a hockey participant in the SACOS Games of 1982.

‘All the provinces participated, and, again, Athlone Stadium was the venue for the games,’ she says. ‘I regard these games as the highlight of my career.’

In the 1980s, the ongoing repression by the apartheid government resulted in many players leaving South Africa to start afresh in other countries. ‘But I decided to stay put on home soil,’ she says.

In her love affair with hockey, Jonathan moved from player to referee, and, lastly to treasurer.

‘Another big honour for me was being chosen to be the manageress of the Western Province side when the tournament was held in Port Elizabeth’, she says.

Jonathan stopped playing at around 50 years of age. She says she continued watching matches for a while, but these days chooses to watch sport on television.