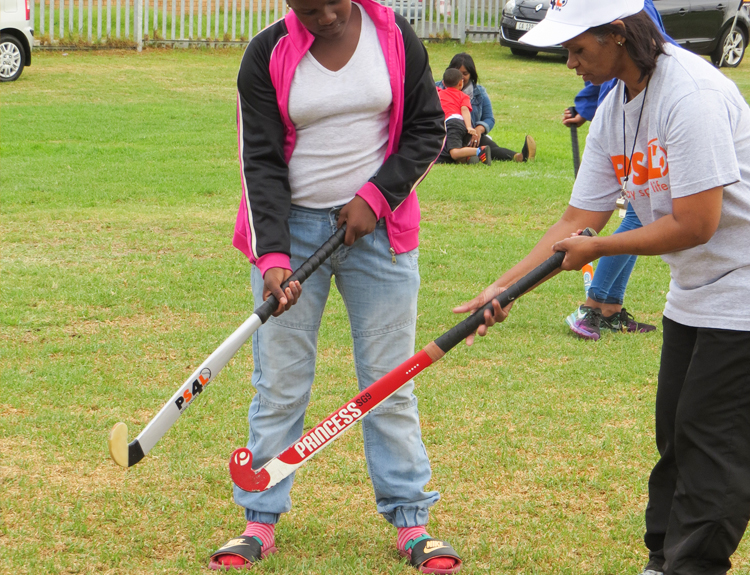 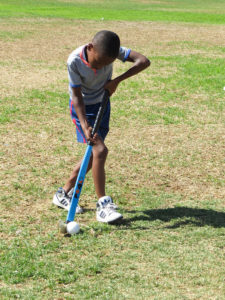 The push is on again to make hockey a dynamic winter sport in the Kensington-Factreton-Maitland area and to discover the sport’s stars of tomorrow.

Close to 300 schoolchildren in the area gave up their leisure time last week to participate in a three-day Play Sport4Life holiday hockey programme.

Under the guiding eye of former hockey players Shireen George and Charmaine Wildschut, and Charmaine’s daughter, Thora Wildschut who is a current provincial player, the children – aged between 5 and 15 years – were put through their paces and shown the basics of hockey and fine-tuning the skills of others.

The much-needed initiative was started by Charmaine Wildschut, who had a long association with hockey in the Cape. Discussions with Shireen George who is with the Department of Cultural Affairs and Sport and the Western Province Hockey Union, took it a step further.

Play Sport4Life, the not-for-profit community organisation with a high profile in the area, came on board when local schools invited it to a meeting to kick the idea along.

“We at Play Sport4Life thought it was a wonderful idea and threw all our resources into organising the holiday hockey program,” the head of Play Sport4Life, Miles October said.

“We have 12 qualified coaches, all certified by the Western Province Hockey Union, available to give these kids ongoing guidance,” October said.

“This is just the beginning. Hockey is played extensively at other schools in the Peninsula, yet is sadly lacking among the youth in the KFM area. Charmaine, to her credit, wants to redress this situation and we are there to help as part of our commitment to community support.”

‘’We have been told that there are five new hockey pitches being planned across the Peninsula. We want one of those pitches to be in the Kensington-Factreton-Maitland area.” 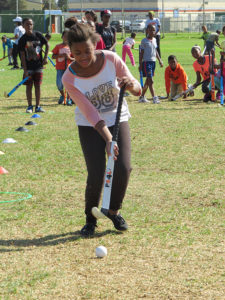 There has already been promising signs for the future. A makeshift KenFac team put together by a Play Sport4Life coach, played at the recent Youth Hockey Festival at Vygieskraal. They won all their matches.

Shireen George said: “The programme was a great success. We identified raw talent across all the age groups and it was so heartening to see the interest and enthusiasm from the kids. And we kept many kids off the streets this holidays. That has got to be a plus.”

“Ultimately, we want hockey to be part of the sports curriculum at all schools in Kensington, Factreton and Maitland, and hopefully start a club in the area. With the great turnout at the holiday programme, we are sure to see hockey become a top sport in the community.”

The programme culminated with an award ceremony. All participants were presented with a certificate, in recognition of their participation and commitment to the programme, as well as a goodie-bag and snacks.