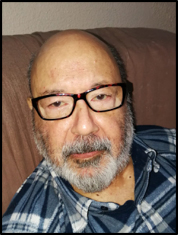 IN ATHLONE, in the neighbourhood in which he lives, Leslie van Breda is known as ‘Mr Dolphin’.

There is a simple reason for this. In the era of SACOS-inspired non-racial sport, Van Breda was a giant in the activities of the Dolphin Swimming Club, where, much of its in-, as well as out-of-water activities, were conducted from his home.

It is hard to think of many people anywhere who would have been prepared to spend several decades at a swimming pool, three or four hours a day, five evenings a week.

Van Breda’s commitment to teaching children how to swim, in addition to teaching young adults how to teach swimming was regarded as a gift by those whose lives he touched.

He taught both young and old to swim – and he coached competitive swimmers at both provincial and national level.

Particularly noteworthy, were his tireless efforts in conducting swimming clinics for those who wanted to teach the sport.

Van Breda was not afraid to step into unchartered waters. In the days when permits and pass laws held sway, he defied the apartheid authorities by taking his clinics to townships such as Langa and Gugulethu. He was never going to ask an apartheid functionary for permission for something as natural and essential as a swimming lesson.

His car was like the local ferry, taking many young swimmers to galas, at which he also ‘doubled’ as the ‘announcer’ at inter-club competitions.

Van Breda lived his life according to the Dolphin mantra of ‘Every swimmer a life saved. This was his focus. And this shaped his commitment.

Even today, he speaks openly of his involvement in swimming as something he ‘wanted and could do at the time. The way he sees it, this doesn’t need ‘acknowledgement or honouring’.

‘You see a need and you just do what you can!’ he says.

Van Breda played a key role in swimming administration, holding the positions of chairperson for the Dolphin’s club and treasurer of the Western Cape Swimming Association – from the late 1960s to around 1990.

He gave invaluable input to many discussions regarding the political nature of sport in the South African context.

Van Breda’s selfless contribution to the notion of ‘Every swimmer a life saved’ is often fondly remembered.

He offered others the opportunity to swim and ‘play sport for life’, his many supporters say.