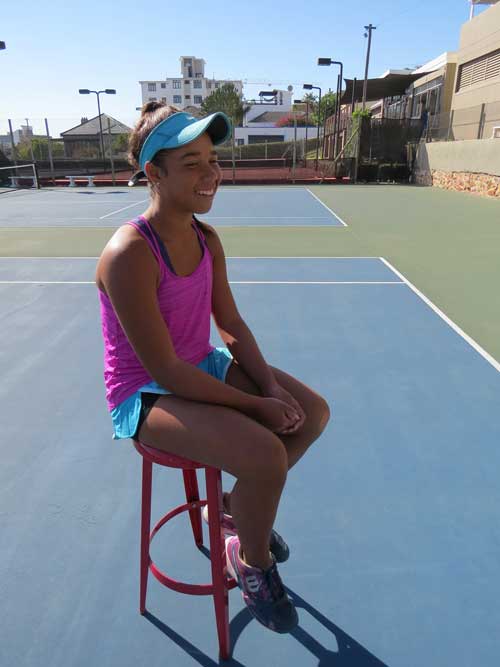 Dubbed as “the next Serena Williams”, young Kelly is a full-time member at the Anthony Harris Tennis Academy on a full scholarship.

She is currently No.2 U14 in South Africa and No.1 in the Western Province.

She achieved full provincial U13 colours at the tender age of ten and represented Western Province at the schools InterPro where only the top 6 players in each province qualify to participate.

Kelly was part of the South African squad represented at AJC Zonals, the African Junior Champions and tournament held in June 2017, Zimbabwe.

She also played her first ITF Junior Event in February, 2017.