Currently playing off a 2 handicap, Tristan started playing golf at a very young age and quickly caught the attention of many in the golfing fraternities. He has been described as one of the brightest prospects that South Africa has to compete at the highest international level.

Some of his achievements include winning the U13 Fish River Challenge in 2013 when he was eleven years old and both Glacier Series events held in South Africa – Randpark, Gauteng (2012) and Mosselbay, Western Cape (2013).

This followed with Tristan being identified by Bishops Gate Golf Academy (http://www.bishopsgategolfacademy.com/) as a player with great potential and being one of two non-Americans to be afforded a scholarship to this world-renown academy.

He comes back to South Africa twice a year to compete in various national competitions and tournaments. 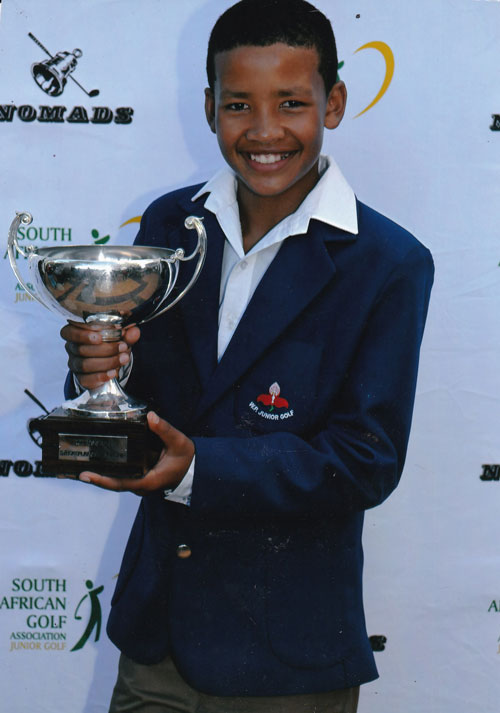