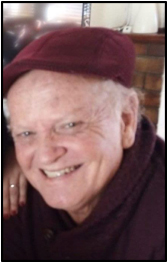 PADDY STEENKAMP – IN THE SERVICE OF SCHOOLS SPORTS

IN THE all-conquering Alexander Sinton High School relay team of the late 1960s, Paddy Steenkamp was both a ‘consolidator’ and a ‘set-upper’….

His job, firstly, was to consolidate the lead created by the start-up runner, the incomparable Herman Gibbs; and then, together with the 3rd-leg runner, Richard Pretorius, he had to manage the conditions for the sprint to the tape by the lightning-fast ‘finisher’, Ivan Masters.

In many ways, he gave true meaning to the saying by the Greek philosopher, Aristotle, that ‘the whole is greater than the sum of its parts’ – for, much of his most notable achievements were as a member of a team, in an unsung, yet vital, role

Speaking of Steenkamp’s role in this great team, Gibbs said: ‘Paddy was the quintessential team man. He did everything for the team – and did not hesitate to give credit where it was due.’

The fact that he did not start, or finish, said nothing about the dynamics of the team – certainly not as far as this team from Sinton was concerned.  The way they worked, planned, ran and won showed they never took their races for granted.

In addition to coach Dennis MacKay, Steenkamp also played a role in the planning of the relay races.

‘Paddy had great leadership qualities, he was a great listener, he was sincere, and he was a real people’s person,’ said Gibbs

Steenkamp’s track and field career started in the Under-9 division, where he participated in, and finished second, in an event known as the ‘standing broad jump’ for Thornton Road Primary School.

Later, he represented the Athlone and Districts Schools Sports Union as an Under-13, sharing the Victor Ludorum with the immensely talented (and future football great) Boebie Solomons.

He attended Alexander Sinton between 1965 and 1969, running the second leg of the school’s all-conquering relay team.

He won Western Province colours in 1966 and, to show that not all his time was taken up by sport, he was elected Sinton’s Head Boy in his Matric Year.

After qualifying as a teacher, he taught physical education at Sunnyside Primary School for 25 years, in which time the school never finished out of the Top 4.