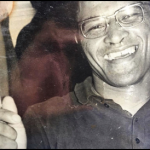 Think non-racial table tennis in South Africa and the name Pedro Meyer jumps out at you. He strode the sport like a colossus for more than six decades, first as a player and then as a coach and then as an administrator.

The 81-year-old started his career at the age of 10 with Stephanians Table Tennis Club and his name has become synonymous with club.

Pedro was appointed coach to the SA team which represented the country at the Commonwealth Games in Singapore and world championships in Kuala Lampur.

There is no doubting that Pedro Meyer has played a significantly influential part in the growth of the sport.  Out of the Pedro Meyer “stable” many junior provincial and national champions emerged.

Pedro devotes most of his time to coaching juniors and those who have passed through his hands are easily recognisable through their stance, determination, and aggressive play.

He would like to see more players involved in the administration of the game, especially the juniors who represent the future of the game he loves.

Every Saturday morning, Pedro can be found with his son, daughter and son-in-law conducting coaching clinics at the Blomvlei Community Centre.