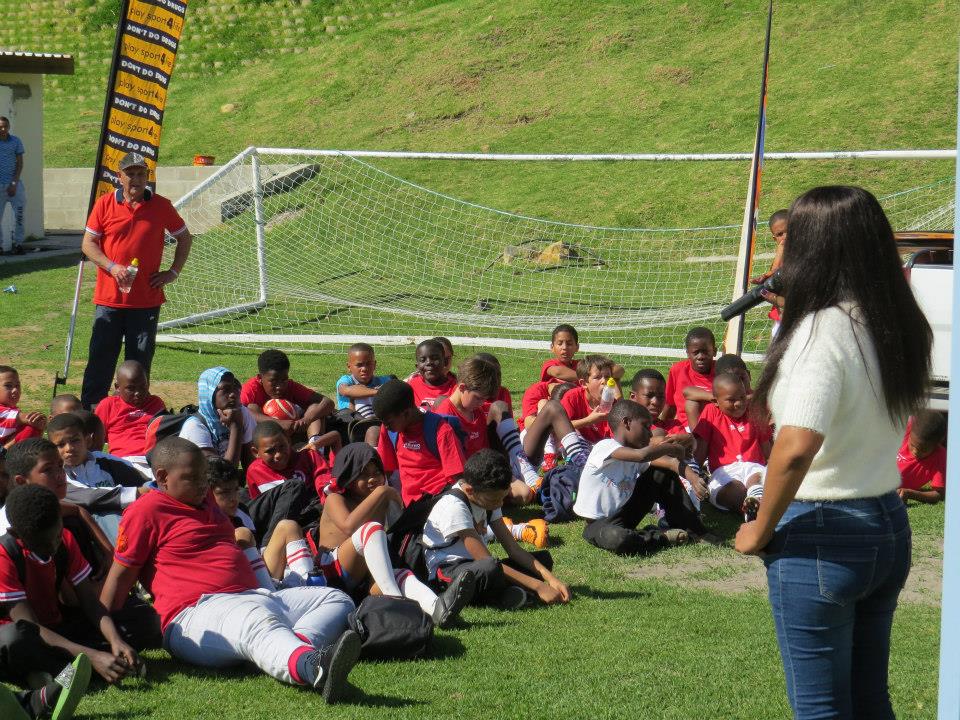 This past Saturday the Play Sport 4 Life community football development initiative was hosted by YMO St. Lukes Football Club in Walmer Estate. You could tell from the start of the day that it was going to be filled with excitement, competitive kids and plenty of talent. With PS4L focusing on the wellbeing of children in local communities, they had invited a guest speaker to address the players, supporters and parents on an issue that has long been prevalent in our society.

Beverley Davids, founder of Chauncey’s Epic Anti-bullying Club, believes that bullying not only occurs at schools but in the sporting environment as well. “So many of our kids are going through it on a daily basis.” she says. “We constantly hear about them taking their own lives due to bullying. I personally feel that it is being swept under the mat.” She says that children today aren’t exposed to the negative effects of bullying. No one speaks about it so they think that it’s okay. “I want to tell them that it’s not. My son, Chauncey, went through bullying in 2012. We had to fight for him and it wasn’t easy. Just over a year ago we lost him to an unsupervised experiment. I don’t want another child to go through it and have to turn to other things to cope. They need to know that there is help out there.”

Since the establishment of the club in October 2014, Beverley has been to 16 schools in Cape Town educating children, teachers and principals about bullying and making herself available to victims as well as bullies. “Bullying is a behaviour that is learned, and if it can be learned then it can be unlearned as well.”

Some of the youngsters recognised Beverley from her visits to a few of their schools. They were interactive and had a good understanding of bullying and the different types children could fall victim to. She encouraged them to speak up to their teachers, coaches, parents or to contact her directly for help. “We’re here to look after each other, each one of us has a purpose and that is not to make someone else unhappy because we do not have that right.”

October marks Anti-bullying Month, the first of its kind in South Africa, during which Chauncey’s Epic Anti-bullying Club plans to do a road trip through the country spreading awareness and working with schools, families and children. In an effort to raise funds towards the trip they’ve organised an old school party which will be hosted at 169 on Long on the 23rd of September. 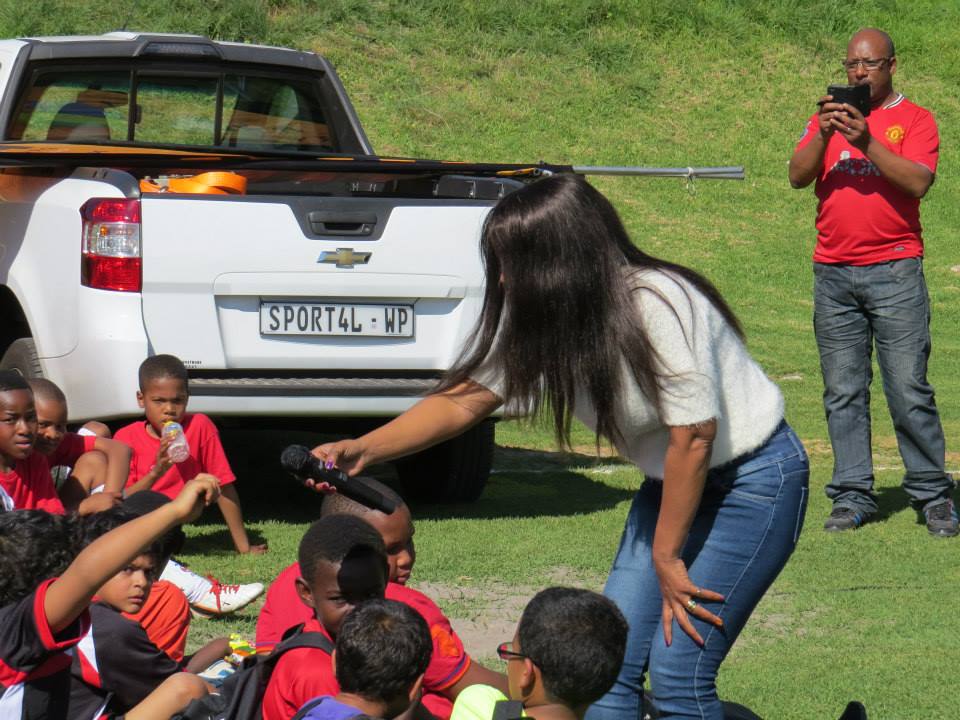