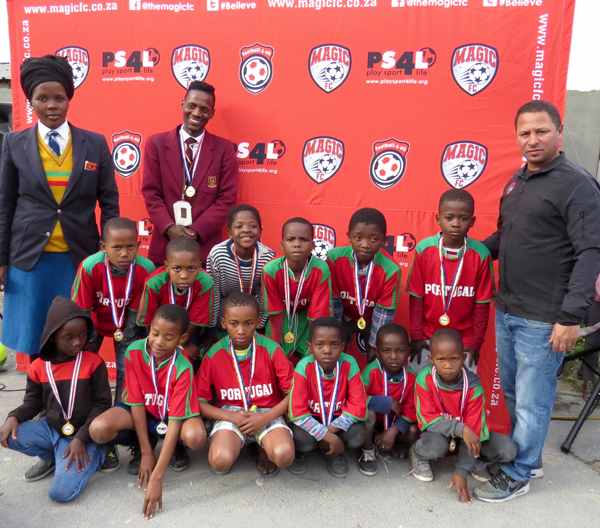 The knockout event attracted children from the 29 schools in the area and featured eight teams in both the under-9s and under-12s divisions.

Dearnaley and Play Sport4Life’s chief executive, Miles October, said part of the motivation in launching the Football Magic Program was addressing the disappointment at the fact that Bafana Bafana was not playing on football’s biggest stage in Russia at the moment. 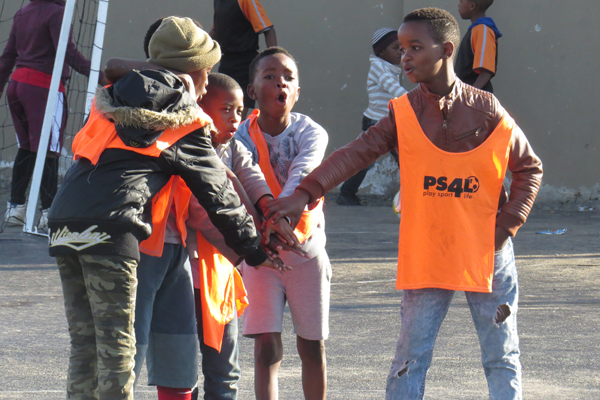 “It’s a travesty that we, as a football-mad country, are not competing with the best in the world,” October said. “At the moment, there are millions of kids around the country glued to TV sets cheering for other teams.

“George and I have come to the realisation that we have to be part of the solution and help to right this wrong.

“Our strategy is to start with the kids, to set the building blocks in place to have, if not at the next World Cup, then the one thereafter, a talent pool that is equipped to be competitive on the world stage.

“We all have a role to play in this . . . the administrators, the players, the football fans, corporate support from business and, of course, government.

“It annoys the hell out me knowing every weekend millions of football lovers are worried about the fortune of Man United or Liverpool and Real Madrid but have little interest in how Magic FC or Santos is doing.”

Dearnaley said Magic FC was thrilled at the prospect of the Football Magic Program partnering with PlaySport4Life.

“We believe that football, as the most popular sport in the world, has the power to unite people and to be a platform in teaching so many life skills to kids,” he said.

“Our track record in helping to develop local kids as well as providing opportunities for education and employment is something we are very proud of.

“PlaySport4Life is the ideal partner, with its vast experience in coaching and education programs and its passion for making a difference in the lives of disadvantaged kids.

“Our network of former professional footballers, combined with our 25 years experience in the business of local football, gives us a huge advantage when it comes to making things happen on a football field.”

Dearnaley said the Football Magic Program would have a network of big-name players to draw on to implement their strategy of developing young talent. It included the likes of Brian Baloyi, Fabian McCarthy, Helman Makhelele, David Nyathi, Thabo Mngomeni, Jabulani Mendu, David Kannemeyer and Matthew Booth .

In coming weeks, clubs and school will be contacted to invite them to be part of the Football Magic Program. With luck they will find saw exceptional raw talent and mould it into the next Benni McCarthy or Quentin Fortune.

A selection of images of the Kwanzaa Youth Day Festival is available.