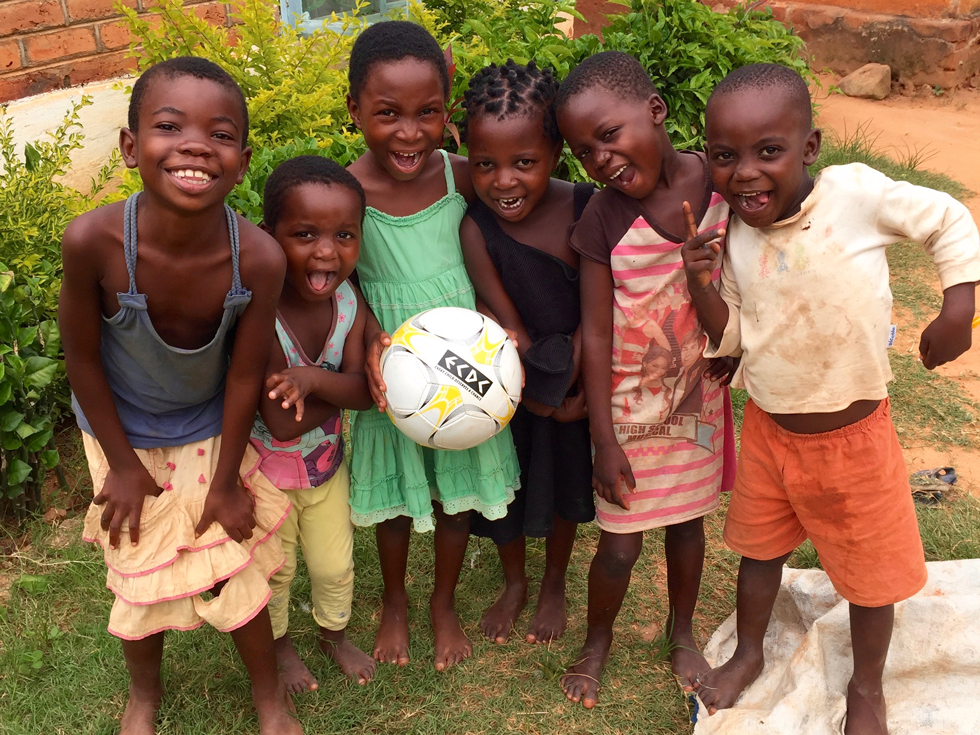 Connor Walsh set his sights on sports development in yet another African country. ECDC’s dedication to youth sports development and equality prompted a recent visit to one of the poorest countries of the world, “The Warm Heart of Africa”, Malawi.

ECDC and PS4L are partners committed to providing sports program opportunities for socioeconomic empowerment in poverty-stricken and oppressed areas throughout Africa. Both organizations have worked with international universities that conduct ongoing studies emphasizing that both sports and recreational activity participation improves academic performance and decreases physical misconduct. Malawi, a landlocked country full of remarkably peaceful people on a spectacularly clear water lake has suffered from economic oppression the entirety of their history. Although never having been at war, the country has largely lagged behind modern civilization’s pace of development. The country possesses an abundance of natural resources that allows for the locals to easily live self sustainably. However, sadly there is an extreme lack of organized sports, fields and equipment. The average family doesn’t have the means to buy a new soccer ball for their children.

Walsh flew into the nation’s capital, Lilongwe, at the beginning of March for an ECDC and PS4L equipment donation mission. Strapped with nothing on his back but ten soccer balls, one basketball and curiously enough a badminton set. He traveled in local minibuses and hitchhiked to the more rural northern region of the country to the villages of Nkhata Bay. There he stayed for a week in the local villages of the Bantu people, learned their native ‘Tonga’ tongue, while distributing sports equipment and playing games with their children. He notes, “their care-free, swinging walk, hilarious laughter, and joyous abandon at once symbolized the spirit of Africa”. However, their evident lack of access to sports facilities and programs is preventing these phenomenal athletes from gaining more attention from the outside world. The steep and rocky jungle terrains are hardly ideal conditions to play in, but it makes for a superior natural physical conditioning system. 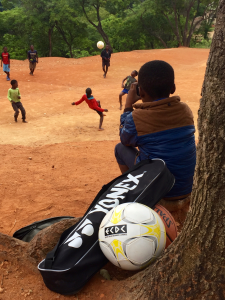 There are 200,000 people living in the small area of Nkhata Bay. Yet, not one football pitch. Not one sports field. No court. Nothing. Only young players imaginations and dreams, using stones as goal posts across dirt pitches with steep ledges. Fetching the ball from out of play can be up to a five-minute delay in game or often cancelation of play altogether. Each game the players fall victim to various injuries. However, their spirit and determination to win persists until exhaustion. Many might not think giving these children one ball could change their life, but we know from first hand experiences that it absolutely does. Even one ball given to a school or village can lift spirits and moral in a way that nothing else can. ECDC is working on a proposal to present to the Malawian Ministry of Youth Development and Sports council in efforts of funding for the construction of a sports field and court in Nkhata Bay. Play Sport4Life would then be able to help teach the directors and coaches the necessary sports management skills to conduct a league for all ages, which could boost the socioeconomic condition of this particular region and country like nothing else. 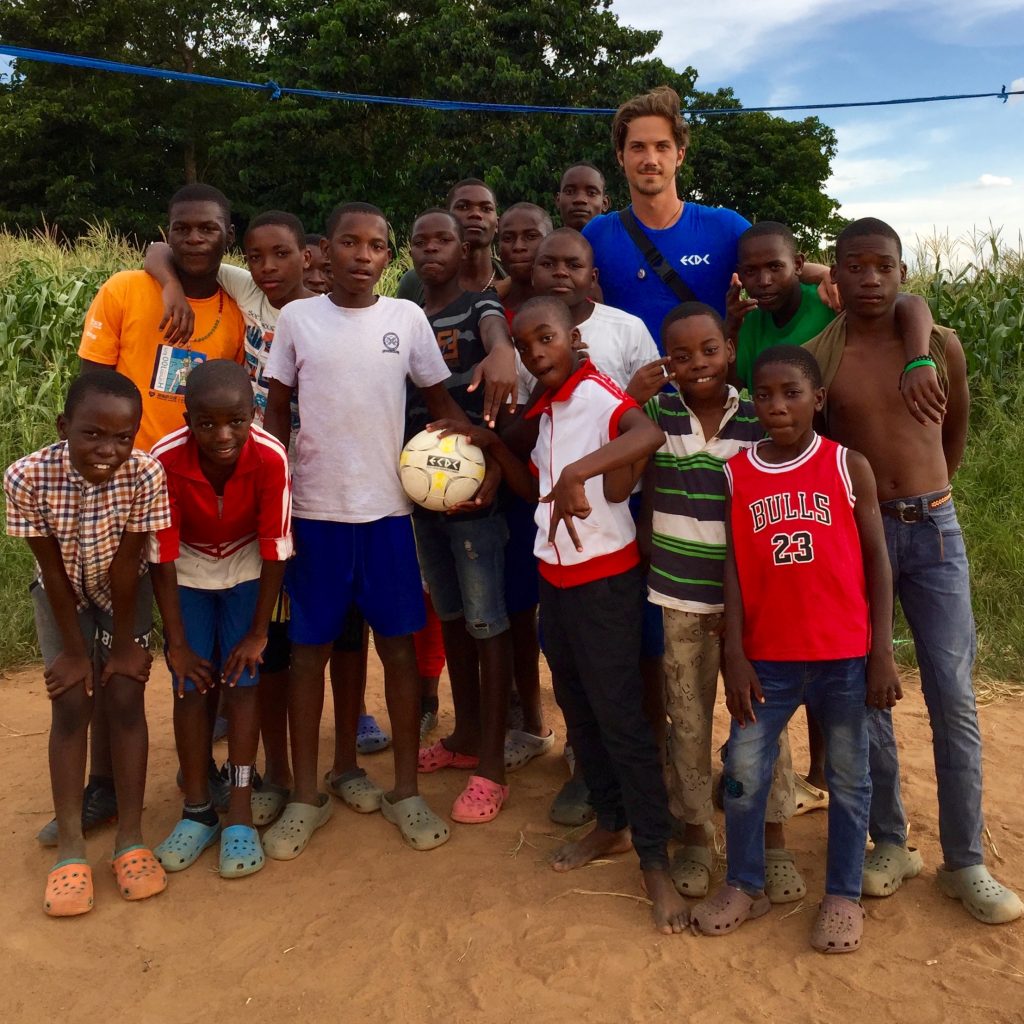 Sport is one of the single best options available that acts as a vehicle which creates opportunity and promotes growth. The lessons you learn and the experiences you develop playing sports can prepare you for life unlike anything else. We want to provide that opportunity and positively impact as many young lives as we can through the power of sport, because Every Child Deserves the Chance to Play Sport4Life. Follow our journey and join the movement @_ecdc_