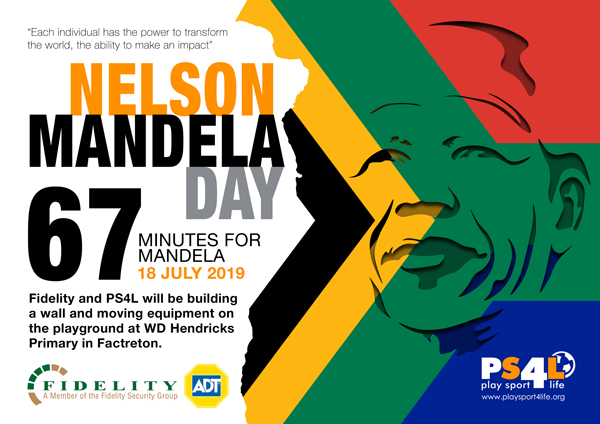 Community-based organisation Play Sport4Life, along with Fidelity Security Group and local hardware companies such as Elite Hardware and Kensington Sand and Stone, swung into action last week to re-locate a school playground that is in the middle of a vicious gang war.

The good deed is part of the “67 Minutes for Mandela” initiative that is celebrated world-wide on Thursday when people and organisations offer up at least 67 minutes of their time to do something good for the community.

Play Sport4Life head, Miles October, said his organisation has acted quickly to move the playground at WD Hendricks Primary in Kensington from its current position where it is exposed to the constant gun fights between rival gangs.

“Because of Play Sport4Life’s on-going work in the Factreton area, we are painfully aware of the daily dangers children face by simply being out in the open playing,” October said.

“In the middle of all this deadly shooting is the playground at WD Hendricks Primary.  It is a tragedy waiting to happen and we couldn’t stand by idly and see it play out.

“Play Sport4Life and the generous sponsors, which all share the common goal of improving life in the disadvantaged areas, put our collective heads together and came to the conclusion that the safest option for the children would be to build a wall, which would act as a barrier to protect the children from stray bullets as a result of the regular shootings and also move their play area to another part of the school grounds.

“Both our organisations are also committed to the ideals of the Mandela legacy and we had no hesitation in linking the project to the “67 Minutes for Mandela” initiative.

“The recent spate of shootings – it has been almost daily occurrence in the area – forced our hand. 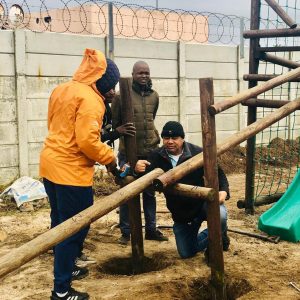 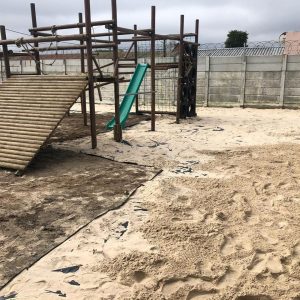 “We started the project last Tuesday and we are determined to have it done by Thursday.”

The process involves getting builders from the community and other volunteers to give back by helping put up a vibracrete barricade with a length of 15m and a height of 2m ,between the playground and the field which sits just outside the school.

“We want our children to engage in healthy outdoor activities as part of leading a full life free from the scourge of drugs and gang violence,” October said.

“Mandela said ‘each individual has the power to transform the world, the ability to make and impact’.  Play Sport4Life, and our generous local sponsors hope, in our own small way, we are doing just that.” 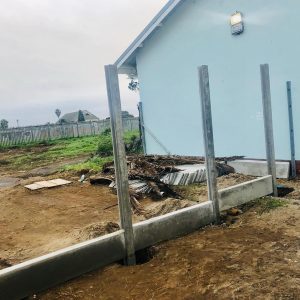 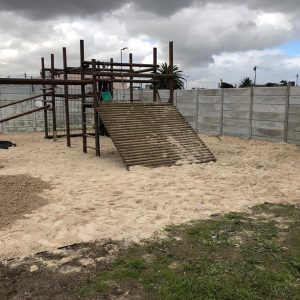