Play Sport4Life has played a key role in instilling the values of Nelson Mandela to hundreds of schoolchildren who attended Madiba’s 100th birthday celebrations at The Castle of Good Hope in Cape Town this past weekend. 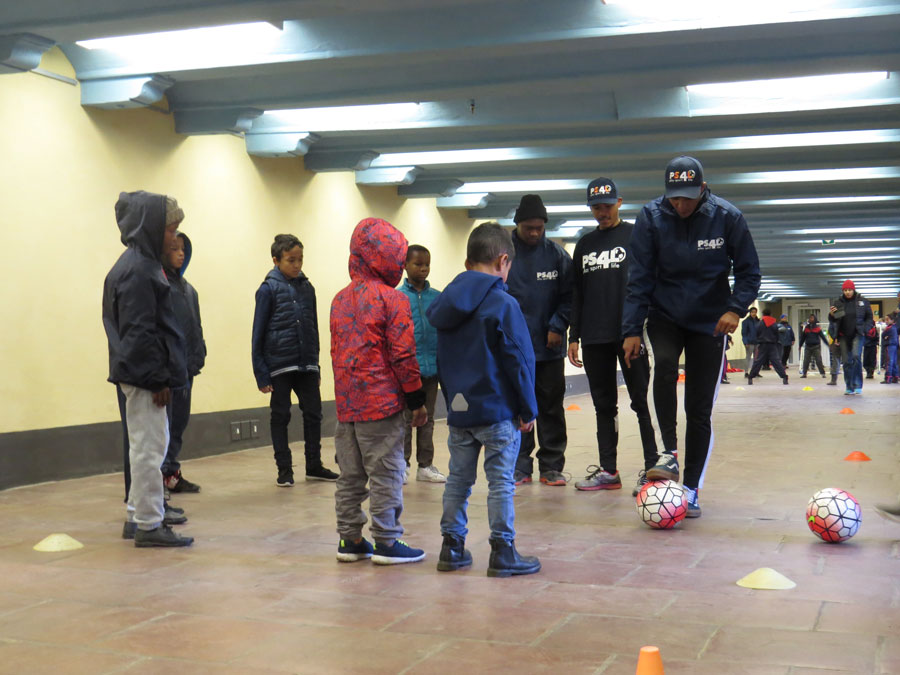 Play Sport4Life, the not-for-profit community-based organisation operating in the disadvantage areas on the Cape Flats, was invited by the Robben Island Museum, the organisers of the event to provide the children with a brief history and sport lesson and Mandela’s role in both.

“It was a tremendous honour to be asked to be part of it,” the head of PS4L, Miles October said. “As an organisation, we hold up Madiba as the perfect example of how sport can play a positive role in shaping one’s life.

“Our objectives are in lockstep with what Madiba preached in life . . . the love and use of sports to unite a divided South Africa at such a challenging time.”

Over the three days The Castle hosted the 100th birthday celebrations, Play Sport4Life focussed on three sports, which played a major part in Mandela’s life – soccer, boxing and rugby. 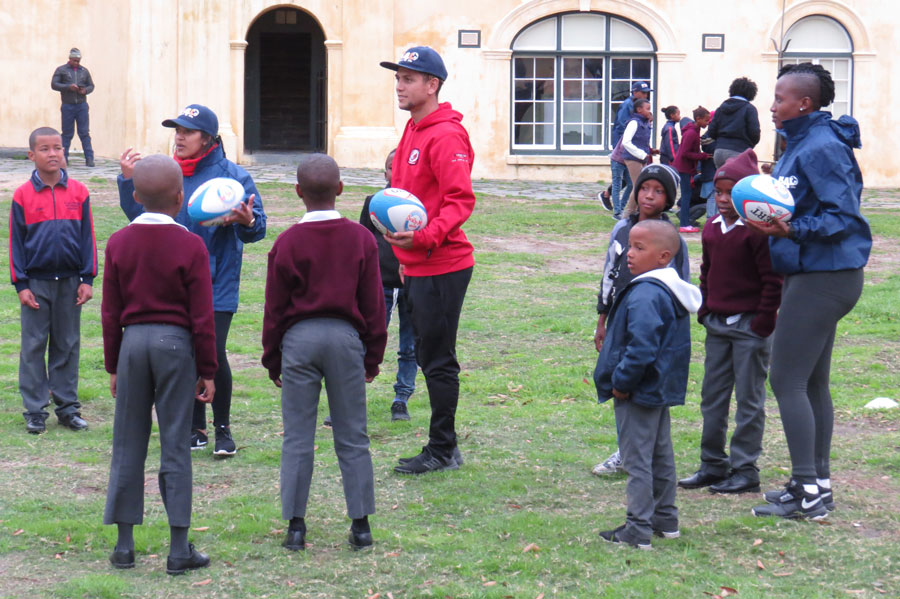 Play Sport4Life’s rugby experts give the children some tips on what to do with the oval ball.

“Mandela’s commitment to a healthy lifestyle involving sport contributed to his strength of character that enabled him to lead our country in its fight for freedom against the oppressive apartheid rule,” October said.

“He was a firm believer in the ‘healthy body, healthy mind’ life ethic. On Robben Island, he fought for the right to practise sports so that fellow political prisoners learnt about unity, brotherhood, determination and spiritual and physical endurance.

“Those early pictures of him as a boxer should be ingrained in the minds of our youth, and who can forget the strength of character he showed when he wore the Springbok jersey when they won the World Cup. Those are the qualities sport can instil in one.”

Play Sport4Life coaches took the children through various drills at the mini-clinics at The Castle and involved the WP Rugby performance coach, Labeeb Levy, and Allen Chizungo, the head coach of Kings Boxing Gym.