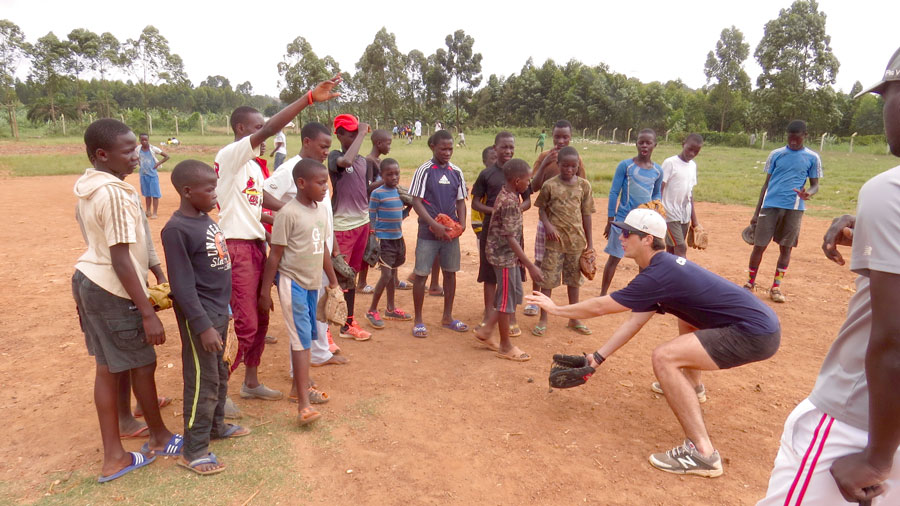 Play Sport4Life and Maitland Giant’s coach, Connor Walsh, flew to Uganda last Thursday to help spread knowledge and love for the game of baseball and softball.

Baseball is a developing sport in Uganda. It has been played for about 30 years in the East African country as against the more than 100 years in South Africa.

Walsh has played and coached in the United States, Australia, and Asia. He has since settled and started a family in Cape Town, where he is attached to PS4L’s coaching and mentoring panel.

“PS4L was generous enough to sponsor my trip and provide me with much-needed equipment – gloves, bats, balls, and helmets – to distribute in the schools and remote villages around Kampala, where baseball and softball is getting growing support,” Walsh said. 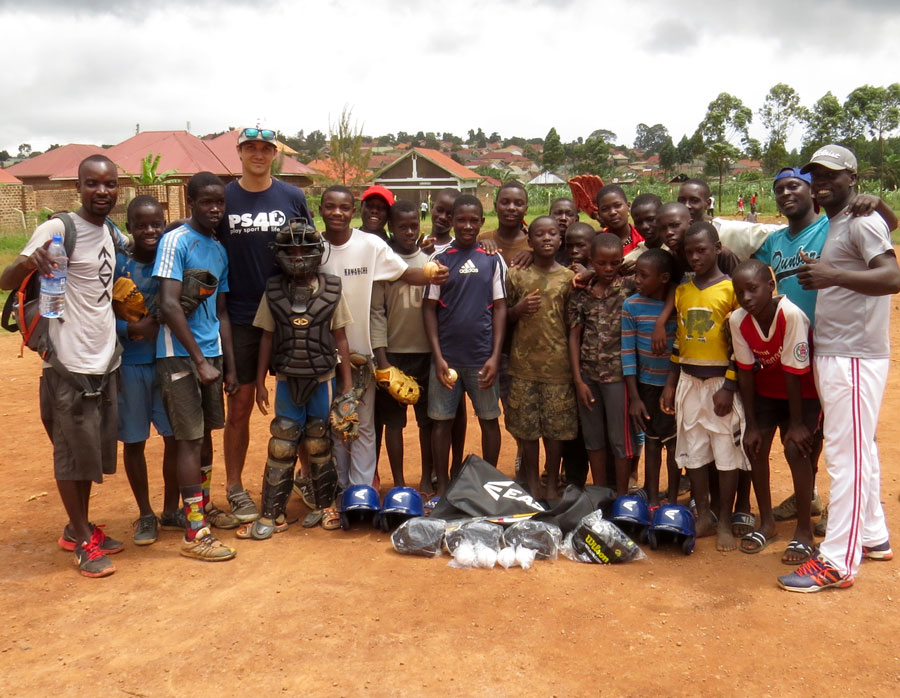 “Baseball equipment is expensive and hard to come by in East Africa, despite the keen interest in the sport.”

Walsh visited Kitebi Primary School in Kampala, where young baseball and softball players were eager to meet and play. He held a full-day program in the rain going through the throwing, fielding, and hitting basic mechanics of the game for everyone.

He conducted clinics in the poorer areas of Kampala and travelled to outlying villages where the game is beginning to gain a foothold.

“I was astounded at the kindness of these people who had so little. Everywhere I went there was an immediate bond and friendship created through the game of baseball,” Walsh said.

The day before Walsh left Uganda, he had the opportunity of a lifetime. The Ugandan National Baseball team arranged a training day for Walsh to attend.

“Players travelled from all over the country to meet at the national stadium in Gayaza for the occasion, such is the passion for this growing sport,” Walsh said. “There were some exceptionally talented players on the field who had played competitively in many countries.” Walsh’s training clinic with the players involved passing on tips and pointers wherever he could.

The head of Play Sport4Life, Miles October, said the organisation’s commitment to social upliftment through sport wasn’t limited to its base in Cape Town.

“We saw an opportunity with Connor’s trip to help the game there and through it, help a community, and we took it,” October said.

“There are needy communities here in Cape Town that we help. Sometimes, though, there are others who need it more.”

PS4L ManagerPS4L PITCHES IN TO BOOST UPTAKE OF BASEBALL AND SOFTBALL IN UGANDA05.24.2018