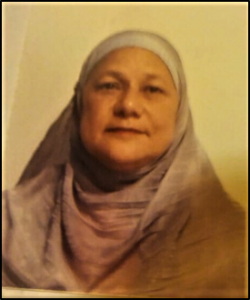 Raygaana Bester is a sports legend every code would love to have.  Without her, there would be a whole lot less heroes who bring so much joy to our lives.

She is a sports administrator. She makes things happen, especially in the swimming pool.

She was a bit of an athlete in her day but was always more concerned with the lack of exposure and opportunity for children in the black communities.

Initially Raygaana organised athletic and netball programs at Chapel Street School   and then joined a swimming club in District 6 to teach children in the areas.

When she moved to Kensington in the ’80s, she started a swimming club focussing on creating a safe pool environment after too many fatalities.  Her water safety and awareness programs in schools are still being used today.

After unity, she worked with the national development program of Swim SA training instructors across the country.

It became a stepping stone for Raygaana to hold down senior positions in swimming: WP Swimming president from 1996-99 and then from 2015 again. She was also referees’ chairperson from 2001-08.

Raygaana was the team manager at international events in Greece, Rome, Sydney and Malaysia.