Swimming instructor Roland Wagner knows what it is like to be thrown in at the deep end and keeping one’s head above water. 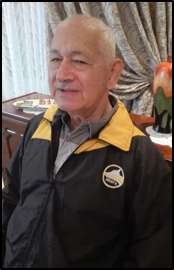 In his 36 years as a swim coach he has, times without number, found himself in situations where he has brought his expertise to bear to get out of tricky spots.

For instance, at the national championships, a Western Province girl was disqualified for a “dropped shoulder” in the backstroke event.  There was no replacement for her and the medley race was still to come.

No problem for Roland Wagner. During a break in the event he worked on her technique – and then they went out and won the medley!

On another occasion, at a senior schools event, a WP official told him of a problem in the tumbling technique.  Roland took 11 of the swimmers and worked through the process to correct their style. It worked perfectly.

He also devised a computer system to record results and times. This helped organisers seed swimmers in correct lanes in accordance with international rules.

He has now stepped back from coaching but his legacy among the new generation of swimmers lives on.