Thelma Achilles is a ‘smooth operator’ behind the scenes

Battswood Softball Club owes Thelma Achilles a lot. The club openly acknowledges that the 72-year-old has given it 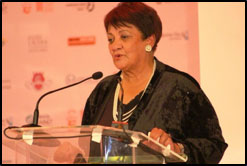 “unconditional love” as a player and as an administrator.

“You may not see her in the forefront but behind the scenes, she excels, works continuously and not asking for anything in return. Thank you for your service Aunty T,” the club wrote on its Facebook page.

It’s not only Battswood that is indebted to her. The softball fraternity, as a whole, owes her big time. 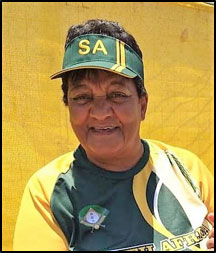 For close to 50 years she has been giving her time and effort to the advancement of sport in the disadvantaged community.

She started out as a physical education teacher at Alicedale Primary and was soon setting up multi-code structures for softball, netball and athletics.

She is described as “the visionary” of youth softball.

Thelma served on the Exco of the school boards, chairperson of Battswood Softball Club and Cape District, president of SA Softball and served on the WP Softball Federation.

She is a Level 4 national umpire and managed two national teams to Canada and Japan.