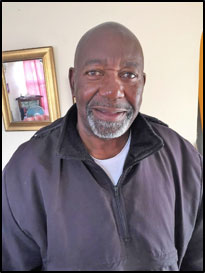 When Cape Town’s first “coloured” professional soccer team was formed, the word went out to find the best midfield “general” on the local scene. The player they settled on was Vincent Belgians.

He was something of a legend in the Factreton area where he was playing for St Athenians and another superstar of the game, Coenie Stuurman, had no hesitation in inviting him to join Cape Ramblers.

Coenie, who played for Norway Parks, knew Vince’s capabilities . . .  a midfielder who could distribute with aplomb, could join the attack with devastating results, and be a “hard man” when helping out in defence.

Vince was already playing first team at a tender age.  When he got his call up to Ramblers he was well equipped to deal with the “whizz kids” in teams like Orlando Pirates and Transvaal United.

Ramblers played at Green Point Track in front of huge crowds its players were household names in the Sixties.

When the apartheid regime put obstacles in the way of the professional code to stop the different “groups” playing against each other, Ramblers folded.

Vince found a home with Glenville FC and won trophies at club and Board level as well as inter-provincial level.

When the professional code was revived as the Federation Professional League Vince was tasked to lead Glenville’s professional side and their rivalry with the other local professional outfit, Cape Town Spurs, was legendary. Glenville always seemed to come out on top.

His post-professional days were spent with Devonshire Rovers and Bay City Ramblers.

These days he can be seen practising his golf swing on the playing fields around 14th Avenue in Factreton.