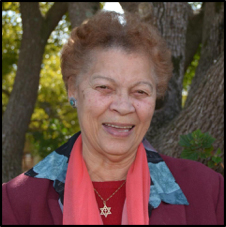 A PLAYER, a strategist, a team builder and person of principle – Wilhelmina Joorst was all this, and more, in a softball career that began in the 1960s, and continued through some of the most difficult times for those wanting to play sport with dignity.

Thus, in 2014, when she was inducted into Baseball and Softball’s Hall of Fame, the overwhelming consensus was that it was a well-deserved honour – and if there had been such an avenue of recognition 30 years earlier, she would probably have won it then.

A roll-up-your-sleeves type of person, Joorst was constantly involved in issues of struggle, whether this revolved around a club battling to survive, a union struggling to stay relevant or communities striving to play sport with dignity.

And she always made a difference.

Her entry into softball began at Wynberg in difficult circumstances: the opening of the City Park sportsgrounds, and the decision by the WP Baseball and Softball Union to make these fields their headquarters, resulted in an exodus of clubs from Wynberg to Athlone.

In the mid-1960s, with only five clubs remaining at William Herbert, Joorst became involved with softball via the Lions Baseball and Softball Club.

Her love for the game and, most importantly, her vision for it, were key factors in its future growth and development.

She was one of a few who was able to appreciate how, sometimes, just subtle changes in management practices could grow a club, a union and even a national body. In this respect, she was a ‘game-changer’.

In her 15 years in administration (she held several positions), her hand was evident in many of softball’s best practices.

For instance, she developed a plan to rebuild and attract interest in the game by recruiting older members of clubs that were no longer operating to rekindle the game. This proved to be a great success. Another small, but significant change, revolved around her belief that clubs stood a better of growing if they were forced to run two teams.

Joorst was also active outside her home union and did much to promote the game at junior level in the Athlone Schools’ District, and at all levels in areas such as Mitchells Plain, Elsies River, Rylands, Gatesville and Cravenby.

A staunch supporter of the policies of SACOS, she worked energetically (with others) to ensure that apartheid softball was barred from international competition.

Her honours during the height of her prowess in the 1970s included an SA Sportswoman of the Year award.