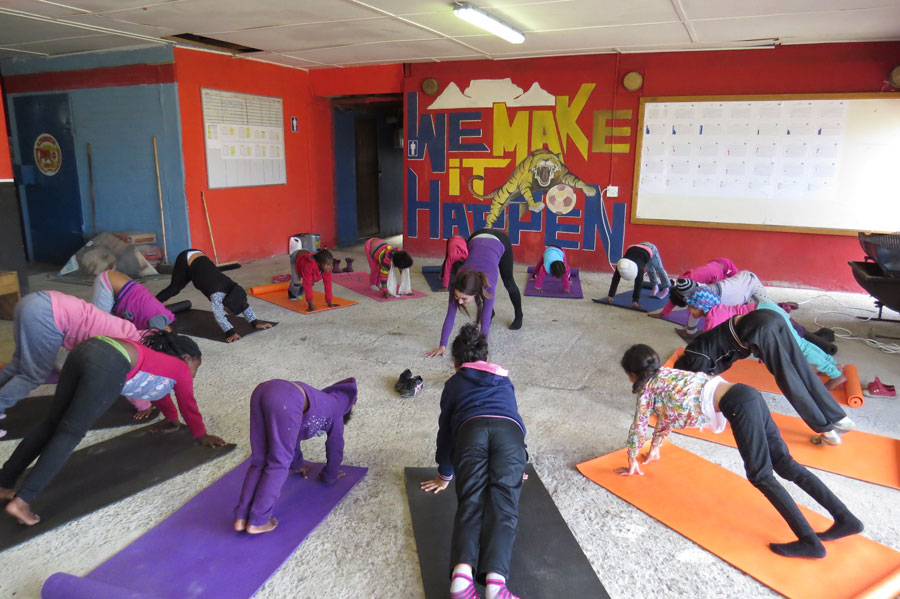 Four hundred local children that were either into soccer or rugby were introduced to yoga and skateboarding as part of the Kensington Holiday Programme.

“Some of the kids had tried skateboarding before, but were never given proper direction or lessons from experienced skaters. The gentlemen who came to teach the skate lessons are part of the 20SK8 crew and together they started a non-profit organisation called EduSkeight,” says Connor Walsh, spokesperson for Play Sport for Life (PS4L) in Cape Town. 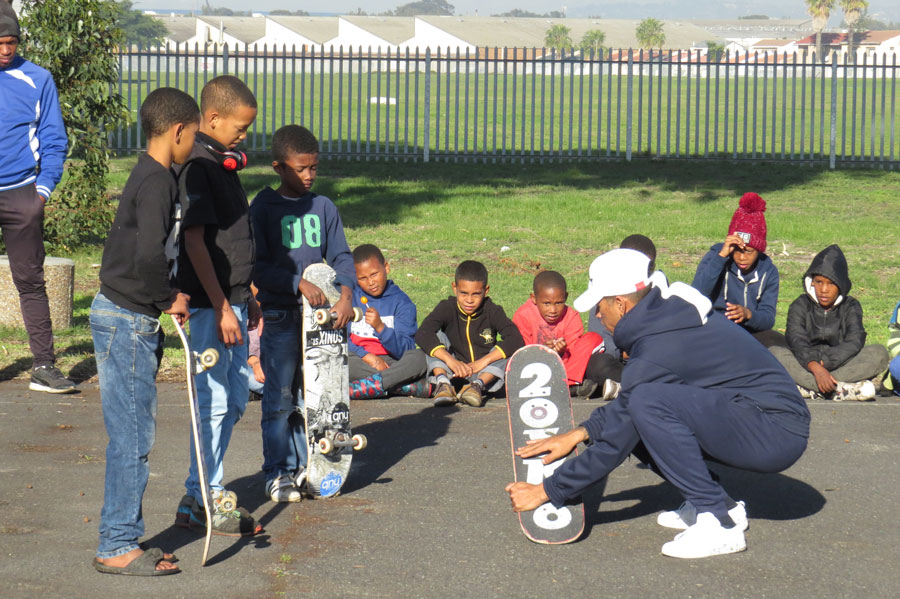 EduSkeight is an initiative formed by Shuaib Philander, the 2015 bronze medallist at the Kimberley Diamond Cup and Volcom Wild in the Parks and the SA champion in 2015 who competed in the finals in Los Angeles, California, and finished 17th.

“His aim with EduSkeight is to provide an opportunity to improve public and private education for SA youth with the emphasis put on student engagement with a fun, educational extracurricular skateboard programme. The team consists of physical health coaches, life skills mentors and skateboarding,” Walsh says.

He says that skateboarding is a creative art form that can never be perfected, and keeps one wanting to work on oneself.

“If one learns to bail (falling off the skateboard) correctly in the possible situations that you might be in, you can prevent it and progress faster as an individual. Social skateboarding teaches you empowerment, equality, perseverance, and respect for yourself and others.

“When skateboarding in an environment with other skateboarders, it teaches etiquette and that you have to give others a chance when utilising a skatepark or any space you find yourself in.

“With the latest skateboard park that opened recently in Woodstock, we hope the kids will try their skills.

“Skateboarding also teaches you to be aware of your surroundings, be vigilant and attentive. During the holidays the individual skateboarders tried to match their opponents’ tricks and if they failed they received a letter every time until the word ‘skate’ was spelled and if he spelled the word, he was out of the game. This subconsciously allows kids to share knowledge and wisdom to help one another raise their skill level,” he says.

The programme was held for primary and high school learners. “The primary school learners assembled at 15:00 until 16:30 every day of the week and were taught life skills, a skate lesson, warm-ups and a lesson in social ills. We invited a special guest speaker to share his knowledge and interact with the learners on skateboards.

“The high school learners assembled at 16:00 until 17:30 and had the same programme as the primary school learners but the guest speaker addressed issues they as young men and women are experiencing. “EduSkeight is the only after-school programme that provides underprivileged youth with skateboards, safety equipment, skateboarding lessons and life skills.”